Join me and help make a difference, please give today.

We are no longer accepting donations on this campaign, but there are other ways for you to support us today! 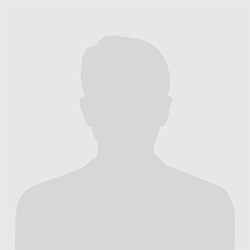 "Great post. Congrats from all the Karrs on being a rock star rower and all around great person!"

"Once a Juggernaut, always a Juggernaut, Evie. Actually, that's not true. I get almost kicked off all the time, and for nothing really. "

"Enjoyed your story about commitment and passion. I have always been impressed with your ability to be so thoughtful and engaged in all that you do!"

"Keep up the great work and I’m always rooting for y’all!"

"You are still the winningest Juggernaut of all time in terms of total number of podiums. Awesome job converting that power to the rowing world!"

"We Love you Jilly and Gramps fan club"

"Grace and I would love to get out there and see you race some day. Let us know if there is anything we can attend."

"Fantastic bio, Evie. I'm going to talk with the boys about getting involved this summer!!"

It's my fourth year on the Capital Juniors Rowing Team and I reflect often on my experience within this community. Anyone who is a part of Capital understands the emphasis placed on achieving success in the sport through mutual trust and empowerment. The beauty of rowing itself exists because of the physical and mental unity that exists amongst a great crew. Capital exhibits this exact value of rowing in every facet of how they function. The grit required in the sport of rowing complements the caring and supportive group dynamic that exists within Capital Rowing Club. Teammates quickly become family members and the strength of this incredible team is built not on the vast and impressive actions of one person or leader but the deliberate and hard work of members of a team. In the past year I have become captain of the team, a leadership role I was grateful for but felt nervous to assume. But as time went on I knew that a leadership position on this enduring and tight knit team must exist through leading by example and empowering the teammates around me who contribute multitudes to practice everyday. I've watched what a team like ours does to people as they go out into the world. It builds supportive friendships, it nurtures eager students, but most importantly it provides young people with the confidence and drive to take action however they may choose. Capital is not just about rowing, it is about the kind of people that come from a team as impactful as this one, and the strength that they inevitably carry with them. As I near the end of my time as a Capital Junior I am confident that the character we have structured as a team will make us the empathetic and persevering individuals that the world is in need of. Below is a story about a practice one afternoon in the fall that solidified my love of this sport and my commitment to Capital.

It was novice year and the very last practice of fall season, winter was right around the corner and I had no idea what was coming. It was already getting dark early but the air was warm and smelled like autumn in DC. We got our lineups for the day and I was stern pair with one of the team captains! This was crazy! I was excited for the night of rowing and jittering with nerves. All I wanted was to make our last row of the season as good as it could be and to not catch a crab in front of my older teammates.

We performed our standard routine of carrying the boat down to the water, going through warmups, and starting the pieces. It was fall so the air was cool and the sun finally tucked itself behind the horizon before practice was over. Something about the end of this row has stuck with me through all of my years at capital. Maybe it was the sound of a boat shell running over glassy water or my excitement towards rowing with older teammates, either way I get chills whenever I think back to this row. All of the sun was gone, lights from the bridges and streets smeared onto the river. As we finished our last power 10, all of us shoved the handles of our oars to the gunnel, sat up, and let the boat run. "Let it run" is my favorite drill. It is the practice of lifting every oar off the water and allowing the boat to drift on it's own for as long as possible. The beauty of this drill is the understanding and silent communication that it requires from every member of a crew. One turn of a chin or readjustment of a position could tip the boat. Through the companionship that one gains in a boat we learn to support one another. I learned this that fall night of my novice year. I felt that inherent community that rowing nurtures and the trust it requires to maintain. I carry a piece of what I've learned at Capital everywhere I go, this practice was the beginning of fascination of rowing and my love of this team.